Afiah Bey is dedicated to preserving history orally as a storyteller, musician, poet and singer. A graduate of Skyline High School, she has a BS degree in Special Education from East Texas State University. While teaching public school Melody decided to become a Griot. Performances include schools, libraries, festivals in and around North Texas. Melody has been featured in various Dallas Morning News articles “Kidbeat,” WFAA’s “Family First,” and Fox 4 “Insights.” Melody will educate, uplift and enlighten audiences.
www.griotstoryteller.com

Tim considers one of his greatest storytelling triumphs to have occurred while sharing ghost stories to students around a campfire. One of the boys jumped up at a climactic point in the story and said: “That’s it, I’m out of here.” He suddenly looked startled and asked: “Did I say that out loud?” And he sat down to hear the ending.

For 14 years, Tim practiced law in Dallas. Most of that time he was employed by the District Attorney’s Office and prosecuted child abuse cases. In 1993 Tim decided to change careers. He joined the faculty of the Episcopal School of Dallas and began to teach religion classes to middle school students. It was at this time that Tim developed his love of storytelling. 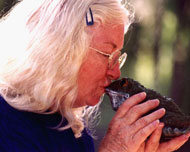 An extensive repertoire which features Appalachian and Texas tales, ghost stories, world folktales, stories of heroic American women and personal stories makes it possible for her to tailor a program that will fit your needs. On the Touring Roster of the Texas Commission on the Arts, some monies may be available to help defray Elizabeth’s expenses through a simple Performance Support grant. 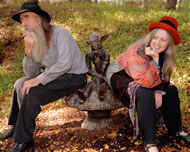 Twice Upon a TimeStorytellers
Want to be entertained? Enchanted? Empowered to battle life’s dragons? This tandem storytelling team shares myriad folktales, fairy tales, ghost stories and personal narratives with humor and insight for all ages and environments.

With 30 years of storytelling experience as well as a PhD in entomology, Gene works part time as a historical interpreter for Dallas Heritage Village and served on the Tejas Storytelling Association board for four years and president in 2002. Telling since 1999, Peggy has a master’s degree in journalism and also works as a freelance writer. Both are currently on the board of the Dallas Storytelling Guild, Peggy as secretary and Gene as president-emeritus. In addition, both are recipients of the John Henry Faulk Award (Gene, 2015, and Peggy, 2016) for significant contributions to storytelling in the Southwest.

I love to tell to all audiences. My mother said she spanked me when I was young and told stories and now I get paid to tell them. I do Book clubs, Lions clubs, schools, churches, women retreats and anyone else that asks me. I am retired from being Director of the Dallas County Library System. I especially like to tell stories that have subtle morals and tall tales. Contact me for creative ways to pay me if you don’t have money.

Preserving her legacy, speaking her truth as a daughter – wife – mother – friend – emerging wise woman, Reagin brings a lifetime of experiences to every story. She finds common ground with adult audiences when she shares personal narratives and insights. Her stories of family life are drawn both from her experiences as daughter in a close-knit Texas clan and as mother to three lively sons. Now an empty-nester, Reagin is discovering her new path and invites listeners along for the journey.

Reagin has a gift for tailoring “old favorites” so that they speak to new audiences. An educator with years of volunteer experience in churches and the Boy Scouts, Reagin engages students with anti-bullying and pro-peace tales as well as stories just for fun. Reagin gives an energetic performance designed to set toes to tapping and minds to thinking!

No matter the venue, no matter the audience, Reagin speaks from the heart and her genuine love shines through.

A sugar-coated hellcat who dearly loves to laugh, Shayne is the StorySource for Ten-Gallon Texas Tales – original fiction with just enough “believable absurdity” to be awarded the coveted title of “The Biggest Liar in Texas” from the George West StoryFest.
The roots of her name can be traced to Seanchaí – Gaelic for custodian of tradition through story. She even kissed the Blarney Stone to seal the deal; however, Shayne is uniquely Texan. Her personal stories reveal a vulnerable strength that was shaped by this mythic land.
Telling stories around Texas and across the USA, Shayne has been even known to wow an international crowd savvy enough to understand her accent. In addition to hosting a Dinner Storytelling Salon, she shines at non-traditional venues where rules come undone: political rallies, fundraisers, private parties, concerts, festivals, progressive libraries and schools, cocktail hours, the occasional wedding, dining room tables, and around the bed of pickup trucks parked in pastures.
Shayne loves stories and believes a healthy society will value Creatives, Artists, Writers, and Performers, but does have a formula to determine her value in today’s economy if your up-front offer isn’t enough.
www.shaynelarango.com

The Digital Coyote
Richard Nash spends his time on his boat, The Blue Coyote, or walking in the woods of East Texas playing his flute to the deer who will listen and having coffee with the coyotes. According to Richard, “Stories have floated in our collective minds since we were born. Stories have been handed down from grandparents, aunts and uncles, parents, teachers, spiritual leaders and our own experiences and will be passed to the next generations, until there is no one left to hear.”

Richard blends the sounds of the Native American Flute with traditional and original stories, to provide an interactive story experience for any party, grand opening, public or private event. With stories of Texas, wildlife, folktales, and other topics, he will weave a verbal and musical tapestry to wrap around your mind and spirit.

Jiaan (“Jan”) brings her love, expertise, and passion to the world of storytelling. Delighting audiences of all ages, she tells multi-cultural folktales, literary tales, ghost stories, and snippets from down home.

Drawing upon her years as a teller, workshop leader and classroom teacher, Jiaan designs programs and workshops appropriate for age and audience. Her love for the poetic word and gesture brings her stories alive and her love of order and excellence brings fire to her workshops.

“I love your stories and how funny that you are!” Avery

“I understand that it is difficult to make high school students participate. Your audience engagement and activities made all students stand up and become involved.”
J. Bush

“I learned how to be the characters and tell the story in a dramatic, exciting way. Now when I tell stories out-loud, I’ll know how to be a good storyteller.”Alanna

Toni Simmons, a Dallas resident, has performed in many regions of the United States as well as Germany, South Africa and The Bahamas. Most recently Simmons performed in the Exchange Place venue at the internationally renowned National Storytelling Festival in Jonesborough, Tennessee. Also, Toni is a Touring Artist for the Texas Commission on the Arts and the Louisiana Division of the Arts.

A former librarian and teacher, Simmons has been honored by Parents’ Choice and the Parent Council for her contributions in producing excellent products for children. Her DVD and Video “Stories Alive! African and African American Folktales” has been distributed on Amazon.Com, Barnes & Noble, Reading Rainbow and Positive Promotions. Simmons has performed at the Miami International Book Festival, Dallas Children’s Festival, The Tulisoma Book Festival, The Corn Island Storytelling Festival, Good Morning Texas, The National Black Storytelling Festival and numerous storytelling events across the country.

Toni is also a Featured Author in classrooms and libraries throughout Texas.

Toni Simmons is a Speech and Drama graduate from Fisk University and she received her Masters from Atlanta University, School of Library Science. 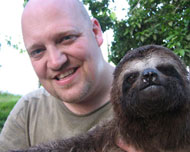 With each new travel adventure embarked on from points around the globe, Shawn hears and learns glorious tales from the indigenous people he visits.

As the new century was unfolding, Shawn Small began to question where his life was going. Aside from his spiritual faith, wife Cheryl and their three children, what did he love most? Traveling and stories!

Taking a superb leap of faith, Shawn unveiled Wonder Voyage in 2000, a unique non-profit organization dedicated to leading seekers into the ancient and sacred sacrament of pilgrimage. Since then, Wonder Voyage has led thousands of pilgrims to over forty countries and continues to expand into new territories. Shawn later established Boundless Expeditions, a travel company focusing on schools, colleges, corporations or lone travelers—those who look at adventure travel as a chance to change the world.

Although he continues to lead several trips and retreats a year, Shawn considers himself first and foremost a storyteller—before audiences and in print. In 2008, Providence House Publishers released his first book, The Via Crucis, bronze medal winner of the Inspirational/Spiritual category at the 13th annual Independent Publisher Book Awards. His second book The Via Advent,was released in 2010 and awarded the silver medal in the Inspirational/Spiritual category at the 15h annual Independent Publisher Book Awards. He is currently working on an independent documentary filmed in South Sudan.

What can I say about Meena and me that won’t sound like I’m bragging, but indeed, we make a unique pair because we are a mother-daughter team! We started telling tandem tales professionally in 2008 when Meena was in sixth grade. We had five children in our audience at a public library for our first story session. That made us wonder if this path would take us anywhere at all but we didn’t worry about it, and with no goals in mind we kept doing what we enjoy doing most. We do tell stories separately but truly cherish telling in tandem.

We have told stories at libraries, schools, storytelling festivals, and other various places to a variety of audiences ranging from kids to adults to families. Meena has even won awards for telling stories. At our last tandem performance at an elementary school we had eight hundred children, school faculty, staff and some parents in the audience. That gave us the realization of how we have grown as storytellers.

Although our signature genre is Hindu mythology, we also tell folktales and personal stories. With awareness of pieces of stories surrounding us in our daily lives, we carefully spin our ordinary encounters into stories. We challenge ourselves by custom fabricating stories for special requests.

The right words open pathways between the worlds — R.M., Dreamways of the Iroquois